What is a Pattern?

A pattern is a connected set of links and nodes with variables that occurs in the Atomspace repeatedly for multiple times. For example: Americans drink Coke:

If many instances can be found in the Atomspace that fit this pattern, then this is a frequent pattern. Such instances would be like:

The pattern mining is implemented on top of the URE, so finding patterns is framed as a form of reasoning to justify the interestingness of patterns. The algorithm itself is still greedy in nature. First, frequent 1-conjunct patterns are produced 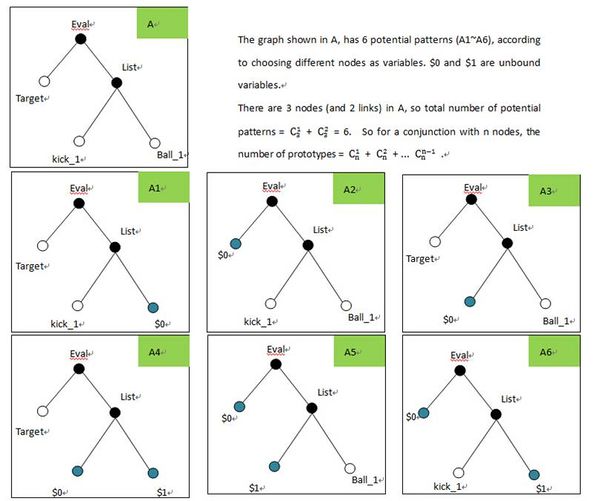 then combined to produce N-conjunct patterns

See the pattern miner README.md for an indept presentation of the algorithm.

Here's a list of pattern miner use cases. This is handy to drive the pattern miner development, its API, etc. Ideally each of these should be turned into examples put under [2], as well as unit tests.

See Pattern_Miner_Prospective_Examples for detailed suggestions on some use cases.